The Association takes in consideration the relationship that ties its own associates to the Italian counterpart, and because of this it maintains close relationships with the Italian Banking Association (ABI) which represents all Italian credit institutions (banks constituted in the form of a public limited liability company, of legal nature governed by public law, established in the form of a cooperative society and professional associations of banks) operating in Italy (foreign bank branches in Italy and foreign bank representative offices in Italy) and the most significant part of the financial intermediaries (financial, leasing, factoring, brokerage corporations etc. and trade associations between financial intermediaries).

Recently, during a summit meeting, full collaboration between ABI and ABS has been reiterated on subjects of common interest as specifically: the evolution of the regulatory and prudential regulation, integration of payment systems, technological innovation, credit quality and the civil justice reform. ABI and ABS payments have become an institutional technical facilitator with their respective Authorities, for the stipulation of the Memorandum Of Understanding between the Bank of Italy and the Central Bank of San Marino.

Since 2014 the Association, adheres as an associate member to the European Banking Federationuropea (FBE).

The Federation was established in 1960 to protect bank interests on a community-level representing the european banking sector. To the same Federation adhere 32 National Banking Associations that, overall, represent about 3500 banks in which nearly two million people find qualified employment.

FBE authorities are the Board, to which Presidents of the Associations members are entitled to participate, and the Executive Committee, made up of General Managers of the same associations. At present, the office of Board President is performed by Mr. Frédéric Oudea, the President of the French Bank Association and Ceo of Société Générale, instead the Executive Committee President is Mr. Giovanni Sabatini, ABI General Manager.

Mr. Wim Mijs is Responsible for the FBE structures, offices and is the General Manager. 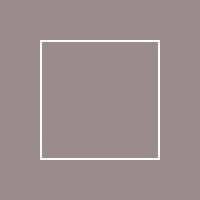 The San Marino Banking Association intends to become a leading player along the banking system reform path, fundamental to the…
Find out more 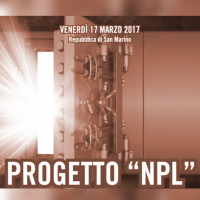 The project offers a practical and operative contribution in finding a solution to the NPL problem, consistent with the International…
Find out more 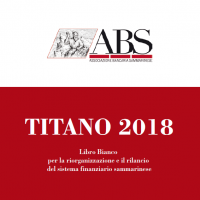 Visit our Facebook page, add your “Like” and start following us to keep updated on all ABS news